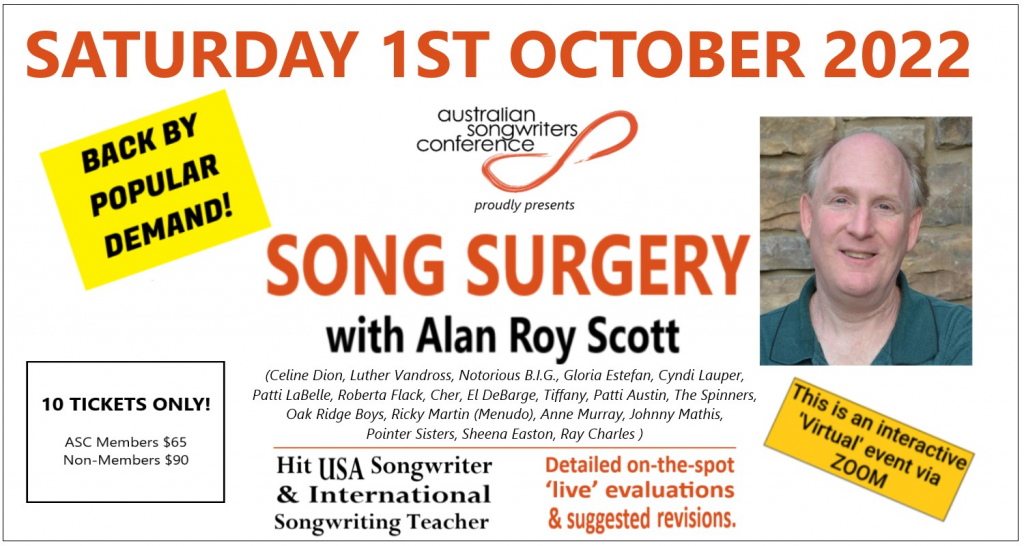 In this virtual pro-level session being held on Zoom, the ‘Master of Contrast’ will ‘surgically enhance’ ten songs presented by participants, share tips, and answer questions.  Alan does NOT require a royalty cut for this assistance! This is a ‘must do’ for every songwriter wanting to learn how to make their songs the best they can be.

There are only ten spaces available for this session!

Hosted by ASC, the popular Song Surgery masterclass are well-known to attendees of the Australian Songwriters Conference. Participants play their songs live to Alan, who then offers a detailed evaluation, suggests revisions on-the-spot and explains the reasoning behind the changes. Aimed at improving your existing songs, this Song Surgery masterclass will truly transform your song from “meh” to WOW! Now we bring this extraordinary Masterclass to you online!

Breathe new life into your songs. Learn the tricks of the trade from this master songwriter and former professional song screener! 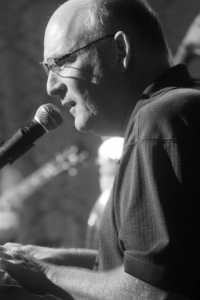 He was an exclusive staff writer with EMI Music and Jobete Music (Motown) for a combined 11 years, having his own independent Kyushu Boy Music Publishing since 1990.

In conjunction with Music Bridges, he also created and organized the Unisong International Song Contest, from 1997-2007 as an annual search for budding songwriting talent. Unisong became one of the leading international song contests alongside such others as the John Lennon Songwriting Contest and ISC.

He was awarded a prestigious Third Century Award by the US Patent & Copyright Board to honor his achievements in the international arena. In 1999, he was commissioned to co-write “The Gift,” the theme song for the 30th-anniversary remembrance in Memphis of the assassination of Martin Luther King, performed by Michael McDonald and The Reverend Al Green.

He has been a private songwriting coach for more than 10 years, and has taught classes and has led workshops and seminars domestically through UCLA Extension, The Songwriting School of Los Angeles, Musician’s Institute, Songu.com, ASCAP, as well as the “Grammy-In-The-Schools” program for the Los Angeles Chapter of NARAS. Internationally, he has taught songwriting and music workshops in Australia (through APRA and the Australian Songwriters Conference), Ireland (through IMRO), and Denmark (through KODA) among others. Alan has been the Main Seminar Facilitator for the Australian Songwriters Conference since 2016.