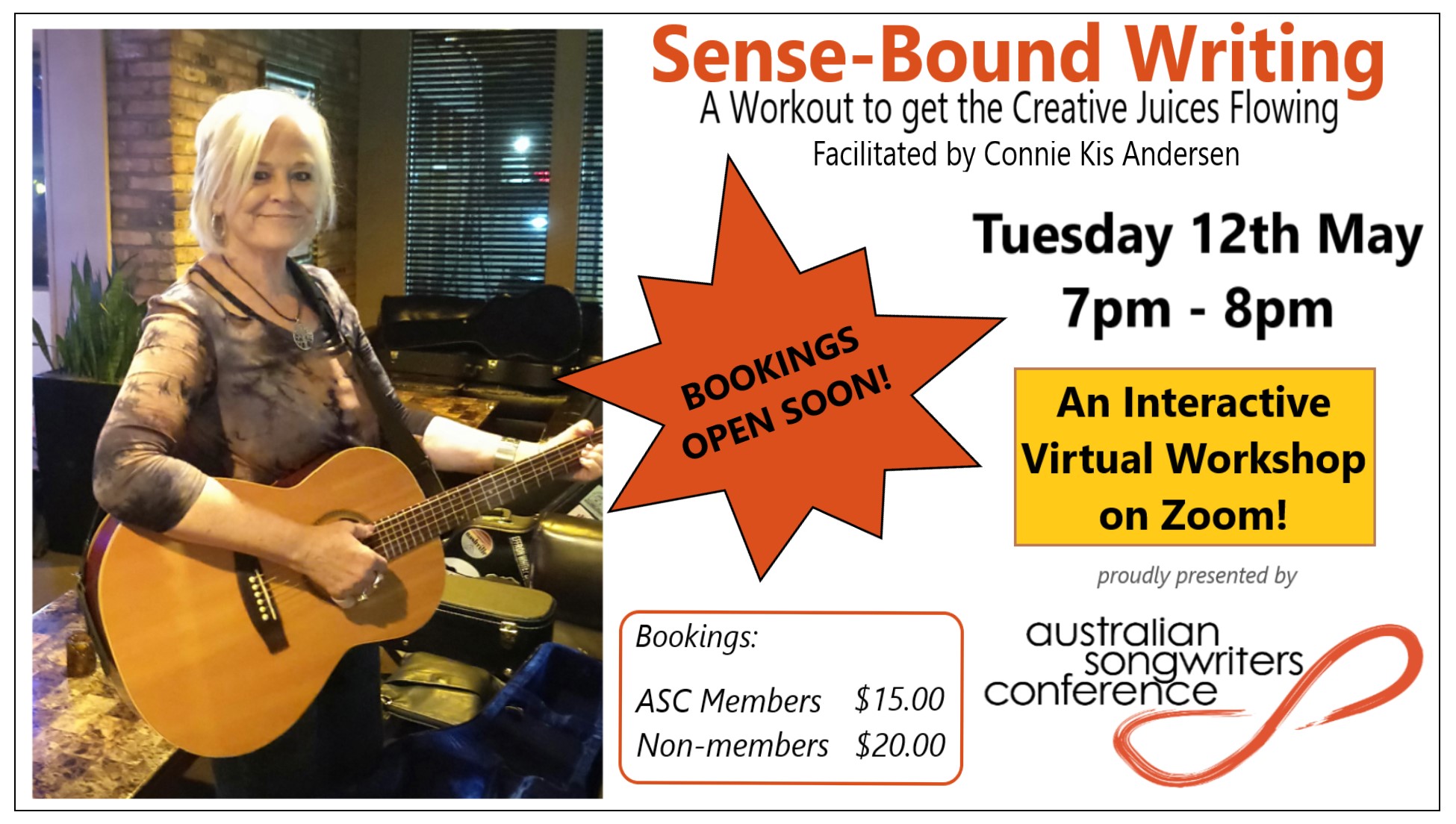 Sense-Bound Writing – A Workout to get the Creative Juices Flowing.

An exercise session for the inner writer to help develop that creative muscle quickly.

In this workshop, Creative Fitness Facilitator (and hit songwriter), Connie Kis will lead you through a rigorous series of sense bound object writing exercises that when practised regularly, will help you dive into that creative zone quickly and write in such a way, that your prose will connect more readily with others.

The exercises are based on the philosophy and teachings of both Pat Pattison and Andrea Stolpe.

No stranger to hard work, perseverance and passionate dreams of a career in music, Connie Kis Andersen has defied industry paradigms by carving a successful music and radio career in Australia as a mature aged recording artist/singer songwriter.

One of Western Australia’s finest, she has seven albums and many hit songs to her credit. Her alt country/folk style is laced in traditional delivery and has found her the recipient of multiple awards in Australia for song writing and as an artist.

Connie Kis’s Andersen’s current album; A Closer Walk spawned three charted hits one of which was awarded; Independent Single of the Year at the 2019 Western Australian Country Music Awards. Another won a place in the 2019 APRA Song of the Year voting list.

Connie Kis regularly tours the USA and has performed at esteemed venues like; The Bluebird Café, The Texas Troubadour Theatre, Nashville Palace, the Midnight Jamboree, world famous Tootsies, and many other venues including showcases at CMA’s Fan Fest.

This inspiring woman’s story is quite unique because after a fruitful career in Special Education she returned to her first love, music and successfully pursued a new career as an Independent Recording Artist as well as Radio Producer and Host for her popular, internationally syndicated radio program; Showcase Australia. During this time, she also served her industry with dedication, holding positions as President of WAM, seats on the funding board at the W.A Department of Culture and the Arts and C.E.O. of Multicultural Arts W.A. (KULCHA). As well, she developed and taught courses in vocal production at TAFE and UWA Summer School for several years.