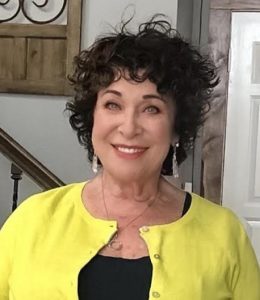 More than ever, the online space is allowing songwriters to co-write with others outside their neighbourhood and allowing international collaborations to flourish. But there’s more to collaboration than the physical process of working together.

In this special event Masterclass, 3x Grammy Award nominee, Pamela Oland, will discuss the deeper nuances of collaboration that results in a successful co-write. Delving into the importance of mindset, patience and being open to a co-writer’s twist on your ideas,  Pamela shares her decades of experience and insight on this topic, leaving you enlightened on how to get the most out of your songwriting collaborations.

3-time Grammy-Nominated lyricist, Pamela Phillips Oland, has written over 500 songs that have been recorded and enjoyed in the U.S. and around the world. Her work has been recorded by no less than the spectacular talents of Aretha Franklin & The Four Tops, Frank Sinatra, Whitney Houston & Jermaine Jackson, Anne Murray, Philip Bailey, Earth Wind & Fire, Gladys Knight, Reba McIntyre, Peabo Bryson, The Jacksons, Engelbert Humperdinck, Dusty Springfield, The Crusaders, The Whispers, The Brothers Johnson, DJ Ralphi Rosario, Michael Learns to Rock, and Selena.

Pamela’s lyrics can be heard in movies and on TV shows that include: The Sopranos, Coming to America, 102 Dalmatians, Burglar, J.A.G., Xena Warrior Princess, Gideon, Kids 10 Commandments and Blizzard, which was nominated for a Genie Award for Best Song in a Motion Picture.

Pamela is the sole lyricist for Argentinian diva Karen Souza, including co-writing the hit song “Paris.”

Pamela has given multiple seminars on songwriting, including at Carnegie Hall, in Australia and Finland, and at music conservatories around Denmark. She taught her craft for 8 years at UCLA and was part of the historic Music Speaks Louder Than Words event–the first ever creative exchange between U.S. and Soviet songwriters and artists in Moscow and Leningrad.

Her musical, Soldier of Orange, is in its 9th sold-out year in Holland. With almost 3,000,000 tickets sold, it’s the most successful musical in Dutch history. Soldier of Orange is about be workshopped in London, where a new immersive theater is being built for it in Newham, near London City Airport. Producers are planning to open it there in late 2020.

Other musicals that Pamela is currently developing are, Chick, Wonder, which is a Stevie Wonder musical, and Touch Me, a Rock Show.