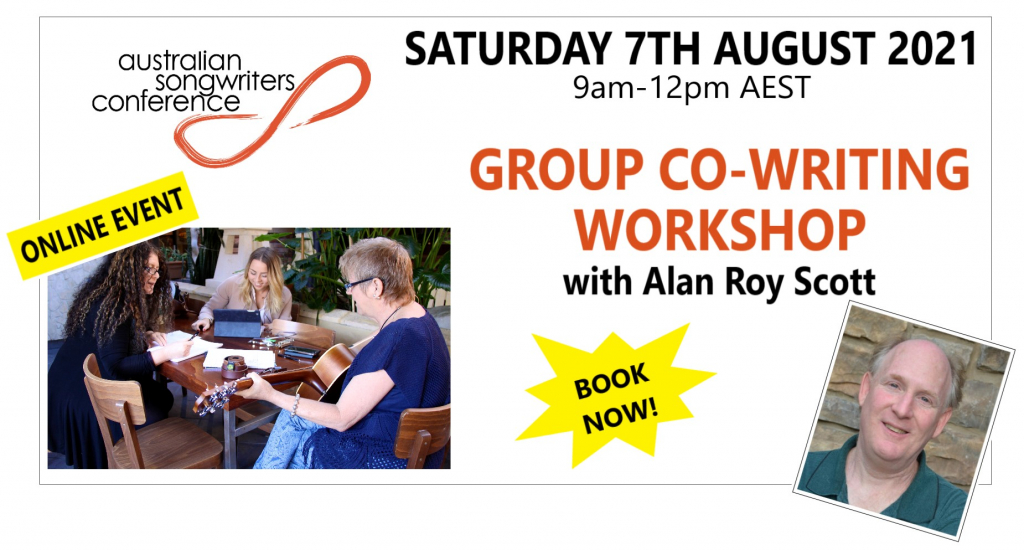 **THIS IS A VIRTUAL EVENT VIA ZOOM**

Alan’s group co-writing workshops at the Australian Songwriters Conference is always one of the most popular sessions, with a number of collaborators continuing to write and record prolifically after the event.

Workshop participants are given tasks and then split into small groups to work in the Zoom breakout rooms to write to a time limit. The groups then come back together to perform the song tasks for Alan who provides feedback.

This workshop is for anyone wishing to learn more about the co-writing process, upskill as a collaborator, and find other songwriters to work with.

He was an exclusive staff writer with EMI Music and Jobete Music (Motown) for a combined 11 years, having his own independent Kyushu Boy Music Publishing since 1990.

Alan has been a private songwriting coach for over ten years, and has taught classes and led workshops and seminars in the USA through the UCLA Extension, The Songwriting School of LA, Musician’s Institute, Songu.com and ASCAP. In Australia, Alan has led workshops through APRA and he has been the Main Seminar Facilitator for the Australian Songwriters Conference since 2016. Read Alan’s full bio here.