Are you looking for insight and feedback on how to improve your songs and songwriting technique? Alan Roy Scott provides one-on-one coaching and song analysis/evaluation for aspiring and professional songwriters. Based in Los Angeles, Alan is adept at mentoring via Zoom, so book a session and Alan will connect with you to lock in a date and time that suits.

Alan Roy Scott is an internationally-acclaimed songwriter, songwriting teacher, artist mentor, event producer, and founder of the international multi-cultural music organization Music Bridges. For over 40 years he has worked with the industry’s legends from behind-the-scenes, creating and co-writing with some of the world’s most beloved talent. 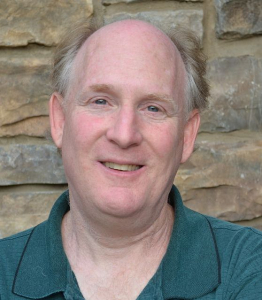 Alan was an exclusive staff writer with EMI Music and Jobete Music (Motown) for a combined 11 years before creating his own independent publishing company, Kyushu Boy Music, in 1990.

In addition to his extensive songwriting career, Alan has been a private songwriting coach for over 15 years, teaching classes and leading seminars domestically through UCLA Extension, The Songwriting School of Los Angeles, Musician's Institute, Songu.com, ASCAP, and the “Grammy-In-The-Schools” program for the Los Angeles Chapter of NARAS. Internationally, he has taught songwriting and music workshops in Australia (through APRA and the Australian Songwriters Conference), Ireland (through IMRO), and Denmark (through KODA), among others.

In conjunction with Music Bridges, he also created and organized the Unisong International Song Contest, from 1997-2007 as an annual search for budding songwriting talent. Unisong became one of the leading international song contests alongside such others as the John Lennon Songwriting Contest and ISC.

He was awarded a prestigious Third Century Award by the US Patent & Copyright Board to honour his achievements in the international arena. In 1999, he was commissioned to co-write “The Gift,” the theme song for the 30th-anniversary remembrance in Memphis of the assassination of Martin Luther King, performed by Michael McDonald and The Reverend Al Green.

BOOK A MENTORING SESSION WITH ALAN